A Celebration of Biodiversity 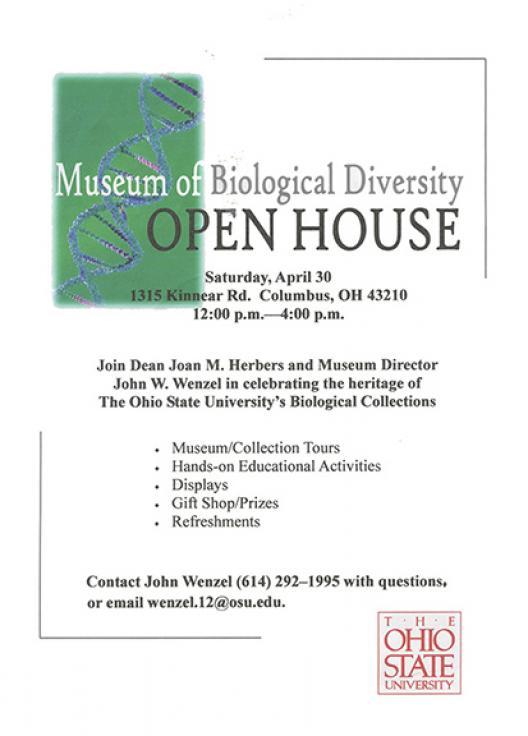 The event started on the afternoon of Friday, April 29 with a scientific program in the Museum Auditorium, with talks by several returning alumni.  Refreshments were provided and posters of Museum research projects were displayed in the halls. The program was followed by a cocktail party that included the dedication of the OSU Insect Collection in honor of Dr. Charles A. Triplehorn.

Later that evening, at the Fawcett Center, the Museum hosted a public lecture by Dr. Peter Raven of the Missouri Botanical Garden .

The next day, the Museum opened it's doors to the public for the first ever Museum of Biological Diversity Open House. The event included hands-on activities, displays and informative stations, and a temporary gift shop sponsored by local shopkeepers. Guided tours of the facility, led by Museum staff and students, provided a glimpse at the collections and their holdings.